To Unblock Your Sewer or Drain in Ashburton

For a professional no nonsense local plumber in Ashburton you need Inner City Plumbing. Our team of professional Plumbers can unblock or fix your blocked drain Ashburton , sewer or toilet. Our trained and fully licenced plumbers can arrive at your location at any time of the day for your convenience. We are so confident of our plumbing service in Ashburton that we have a 1 hour guaranteed response time. Our team of certified Ashburton plumbers are professional, reliable, courteous, efficient, on time and very customer focused. 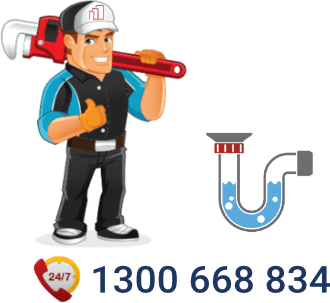 A blocked drain Ashburton can be one of the most inconvenient and frustrating plumbing problems for the a home or business. It could be a slow draining sewer that makes it difficult to get rid of waste. Alternatively, it could be a complete sewer blockage. You may have sewer problems and not even realise it until the damage becomes evident.

If you have a broken drain at some point between your home and the street, then it’s important to call in a professional. In most cases, you are responsible for any sewer pipe damage on your property between the street and your home. If this happens to you, then you need to be prepared. We are specialists in blocked drains and sewers in Ashburton .

The team at Inner City Plumbing are professional and reliable which is peace of mind for you and your family. We have over 20 years of drain repair and replacement experience. Our blocked drain Ashburton plumbers can diagnose a problem quickly and suggest the best course of action.

Time is important when it comes to sewer and drain repairs. We are available 24/7 so it does not matter if it is the middle of the night, the weekend or Christmas Day; if you need help immediately we can be there within the hour. Our blocked drain Ashburton plumbers are on call 24 hours a day, 7 days a week. We know the urgency of a blocked or broken drain, and we don’t waste time.

So for all your blocked drain and sewer problems in Ashburton , simply call us on 1300 668 834 or click here to complete the contact form and we will contact you fast.

Possible reasons for a Blocked Drain, Sewer or Toilet in Ashburton

The most common cause of drain backup is a blockage in an intersecting service pipe between the home and the main which leads to the street. In the case of home and office plumbing, generally, the main cause of a blockage is the accumulation grease, hair, dirt, or other materials. For example: disposable napkins, broken dish ware, garbage, nappies, and other types of debris that should not be put into the drain. Our fully trained blocked drain Ashburton plumber can fix these issues!

A problem like this is usually a local problem inside the house.

Frequently, it is the water from the home that is backing up. The amount of backup will depend on the amount of water that is being used. When the water is turned off it will drain very slowly or not at all. The problem is likely to resurface as soon as the water is turned on again. When your drain starts to back up, the chances are very good that there is a blockage somewhere. Over the years, people flush materials such as soap, hair and household chemicals down the drain. These materials often build up at any point along the line and cause a back up or blockage.

A sewer is just as likely to clogging as a drain. The accumulation of materials that are flushed down a sewer line will gather along the sewer walls and eventually lead to a clogged sewer. At Inner City Plumbing we have  professional plumbers that will be able to fix these issues! Call 1300 668 834 for immediate service.

A sewer or drain line can be damaged for numerous reasons. You could have been digging on your property and accidentally hit the sewer drain which has caused it to rupture quickly. The sewer could be old and crack from the pressure of the materials travelling through it. In other cases, the damage just happens and a blocked drain Ashburton plumber can fix this for you .

The roots from large trees spend years weakening drains and sewer lines. If plant roots manage to wrap themselves around your line, then the roots will eventually work their way into sewer pipes. A blocked drain Ashburton plumber can work to replace or repair damaged and blocked drains.

Blocked toilet or sewer can be very inconvenient and expensive to fix. Regular sewer maintenance around the home or business is often neglected which can result in a blocked toilet. Fortunately, most blocked toilets and blocked sewer pipes in Ashburton can be easily fixed by our friendly team of professional plumbers. One phone call to us and we can unblock, repair or replace your toilet. Call us now on 1300 668 834.

Your local Plumber in Ashburton can quickly diagnose a blocked toilet and either repair or replace it as required.

Inner City Plumbing services all Melbourne Suburbs specialising in blocked drains and emergency services. We have been in this business for over 20 years and we are continuously growing. Our clients appreciate our friendly plumbers and how we use the latest technology to deliver high quality plumbing solutions. We work very hard to make sure all our customers are completely satisfied with our service. Our goal is to always exceed our customers expectations.

Ty and Hayden were absolutely amazing: extremely polite, respectful and efficient in unblocking the stormwater drain. They are very knowledgeable and honest in roof plumbing advice. I have recommended Inner City Plumbing to my friends and family.

Excellent plumbers who fixed my roof despite many others trying and failing before. Will certainly be using them for all my future plumbing jobs.

"What professionals" - Thank you

Great service and professional. I had a leakage problem for years which has been repaired. The Plumbers from Inner City had to think outside the square to solve the issue.